Again the early season fly fishing in Southland proves fantastic with a great run of weather over the last 3 or 4 days. The rivers have remained fairly full and contain some snow melt making for a green clean look. Yesterday saw my very skilled fly fishing client hook into some great fish. The largest fish was a great condition brown trout with a pre-fight weight of 10.25 lbs with beefed up shoulders and the muscle to give any angler a run for their money and this certainly proved the case.  The Airflo flurocarbon tippet held as expected and this fine fish finally succumbed for a quick photo session before being released to make another angler happy sometime later in the fishing season. 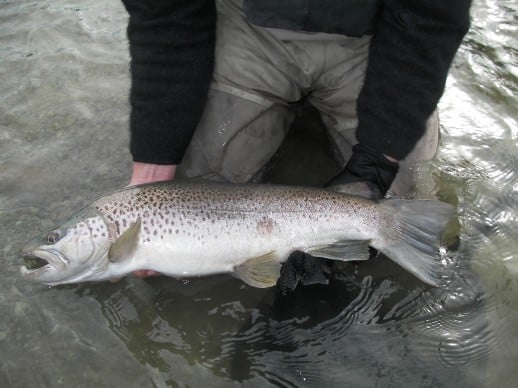 One wonders what this fish will weigh in at in a couple of months. The other fish caught were also in excellent condition and put up bloody great battles too.

These fish were all caught using sight fish tactics and were feeding in the rocky runs and riffles. Fly choice was a size 16 emerging nymph pattern run as a dropper below a pretty decent “bomb” to get down to the feeding zone fast.

The weather looks like it’s about to change again with some pretty spicy looking NW winds coming in over the weekend followed by showery out breaks and temps lowering with possible snow predicted to low levels on Tuesday – gotta love that spring weather!

If you want the chance to catch some bloody good South Island trout make sure to book with me to secure your fly fishing trip. 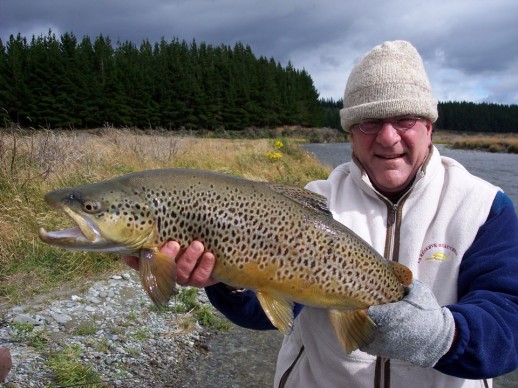 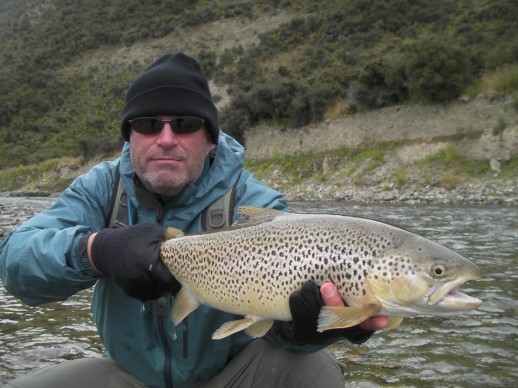 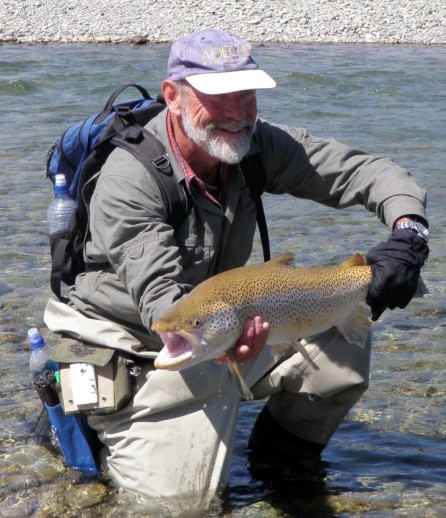 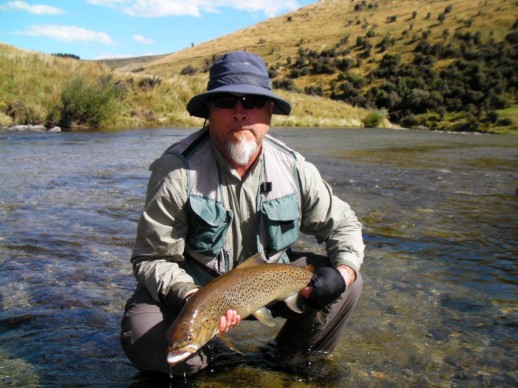 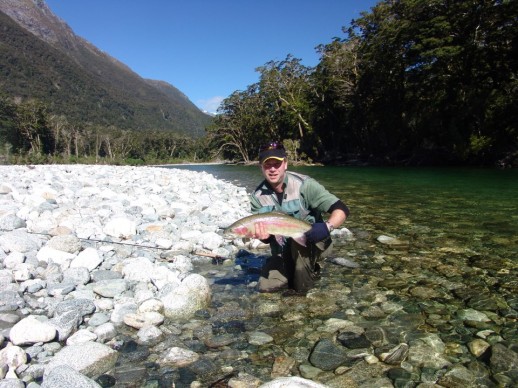 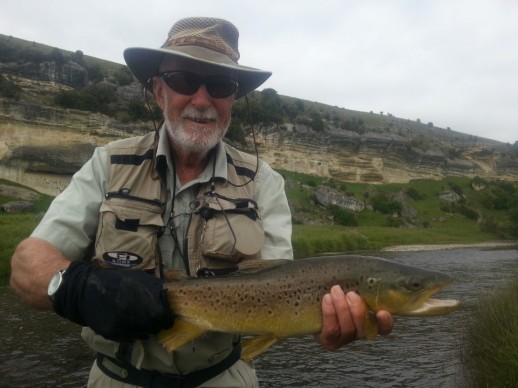 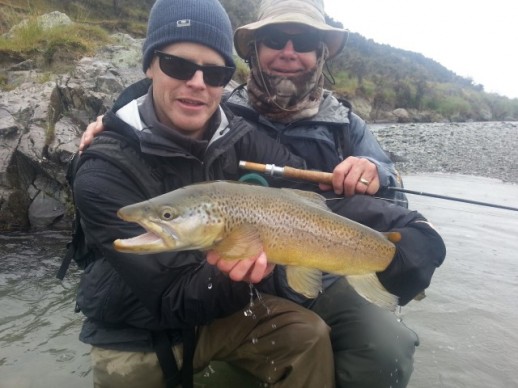